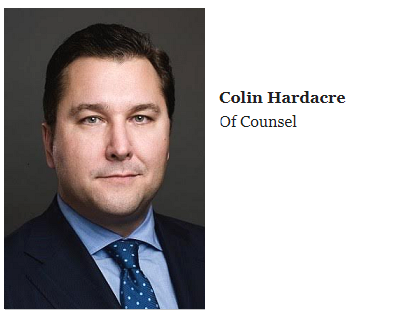 “For over ten years, Colin A. Hardacre has represented clients in all aspects of civil litigation and criminal defense. He has successfully defended individuals and multi-million dollar companies in state and federal civil and criminal matters across the country, obtaining favorable results at both the trial and appellate levels.  Mr. Hardacre has represented many high profile clients and those cases have been featured in local and national media, including The Los Angeles Times, Business Insider and Billboard magazine.  Before founding his own firm, Mr. Hardacre was a partner at one of the most respected boutique civil and criminal trial firms in Los Angeles.